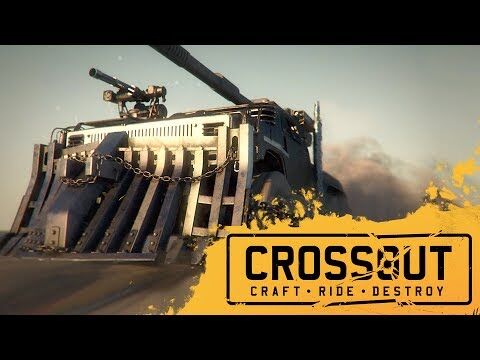 In 2027, a mysterious epidemic swept over the planet, which began almost simultaneously throughout the entire Earth. Those who did not die on the first day experienced hallucinations and headaches, many went crazy and took their own lives. The source of the disease, which was named Crossout by journalists, and the very nature of its impact on humans could not be identified.

While the media was still working, several theories were voiced about the nature of the disease. Some have argued that the radiation from cell phones and televisions was infected with an information virus as a result of the terrorist attack. According to another version, the atmosphere was contaminated as a result of the recent fall of a meteorite. Someone spoke of an evolutionary leap and a new humanity.

Chaos swept the planet. People fled from cities that had turned into mass graves. Many tried to escape using gas masks and protective masks, and also completely abandoning the use of electronic devices. But it was all in vain, and in a few endlessly nightmarish months, human civilization was almost completely destroyed.

Those of the earthlings who survived the Crossout catastrophe gradually began to change - after a decade and a half, transformations began to manifest themselves even outwardly. The most noticeable metamorphoses occurred with the eyes - in some they began to glow, in others they began to resemble black holes. To hide the nature of their deviations from strangers, people began to hide them under thick clothes and dark glasses.

More than twenty years have passed since Crossout. Many people remember how they lived before. As always, someone is trying to rebuild the old world, while someone is enjoying chaos and destruction. But there are those in whom there is almost no human left. They hide their faces under masks, and their motives are unknown.

Not everyone in the new world strives for chaos and destruction, there are also those who wish to preserve knowledge of the past. The scouts from the Order of the Fallen Star are one of those. Well-armed and mobile lone fighters have devoted their lives to finding artifacts and various media. It is not known where and why these "Star-bearers" take artifacts, but the curious Bey Scara pays good money for any containers with their logo. Its collection of artifacts is regularly updated with new artifacts, because the Wasteland is fraught with danger even for the most battle-hardened veterans. Bey fears that the Order will one day come for their goods, so his collection is classified. But on holidays, he displays several carefully guarded exhibits for everyone to see.